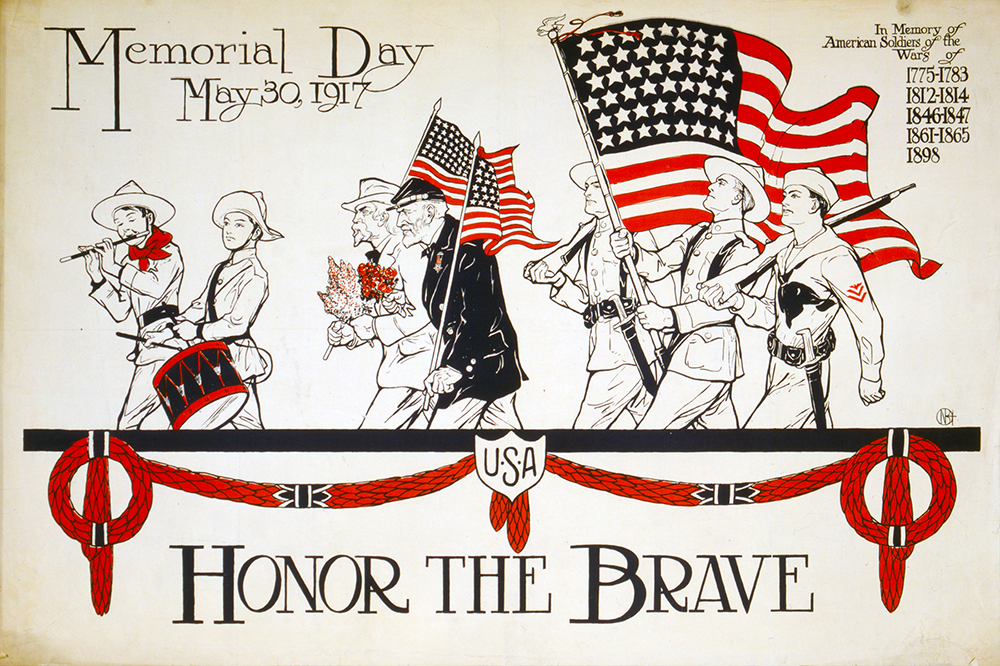 INDEPENDENCE, Ohio, May 27 — Each year on Memorial Day, our Brotherhood pays tribute to the men and women who have given their lives serving in our military. It is an important holiday for the BLET and its members as we honor the fallen for defending our country and our way of life.

Americans have done so each year since the holiday was first recognized in 1868, and was then called Decoration Day. Its history began a few years prior, as Americans in the early 1860s decorated the graves of their loved ones who had died serving in our nation’s armed forces.

The BLET and its members are proud of our history as the oldest labor union in the United States. I would like to share with you one of the earliest recorded Decoration Day events in the history of our Brotherhood. In May of 1875, 22 members of Division 2 in Jackson, Michigan, participated in that city’s Decoration Day ceremony. A description appears as a Letter to the Editor dated June 2, 1875, which was published in the July 1875 issue of the Locomotive Engineers Journal. It reads in part:

“Well, Jackson had an event one week ago. The whole city and surrounding villages turned out to decorate the graves of the fallen soldiers. Two weeks ago, Division No. 2, B. of L.E., received an invitation from the Committee to assist in the ceremonies of decoration, which it was decided to accept, and we turned out to the number of twenty-two, which we thought was doing extremely well, considering the fact that all of two-thirds of our members are on the road going and coming all of the time. There were at least ten thousand, and some say more, people on the streets. Altogether it made a day not soon forgotten by the people of Jackson… Division No. 2 had appeared in public as a body for the first time in their history at Jackson, and did credit to themselves and the order by their number and behavior.”

We have much to learn from these early members of Division 2 and other founding members of our Brotherhood. They set the example that we follow to this day. The legacy of their strength and perseverance is an inspiration as we continue to fight for the rights of our members against today’s modern day Robber Barons, who are running our nation’s railroads into the ground in their pursuit of ever greater profits.

As BLET members and many U.S. workers celebrate Memorial Day, I ask that we all take a moment to remember those of Americans who have given their lives for our freedoms. And as we remember those fallen heroes, please join me in offering thanks and appreciation to the families and loved ones they left behind.